Warning: "continue" targeting switch is equivalent to "break". Did you mean to use "continue 2"? in /home/clients/30ba5c823daf6185630f9777a93b9a05/faireu.ecas.org/wp-content/themes/Divi/includes/builder/functions.php on line 5753
 Communes and volunteers speak up: Brussels residents sign up to vote - FAIR EU

Communes and volunteers speak up: Brussels residents sign up to vote 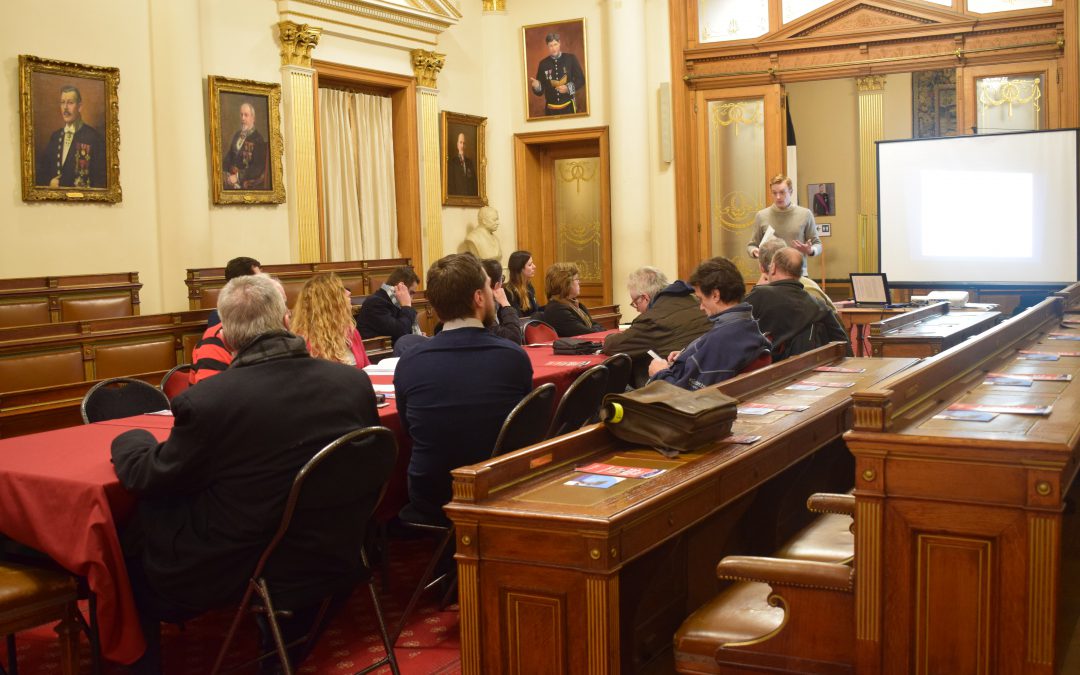 On March 20 2018, the Ixelles Commune hosted an event to discuss and encourage participation in the communal elections, which will take place on 14th October 2018.

The Ixelles Advisory Council on European Affaires in partnership with the Migration Policy Group welcomed EU mobile citizens, volunteers, municipal authorities and representatives of Belgian institutions to discuss the importance and motivation to vote in the communal elections.

The Migration Policy Group, partners of the FAIR EU project gave a presentation identifying good practices, details on how each Commune can encourage its residents to vote, and information on how to vote, as part of the Vote Brussels campaign.

MPG strongly encouraged that the volunteers as well as the Ixelles Commune developed an inclusive approach, and engage in efforts to reach out to citizens, especially non-Belgians.

They stressed that although it is not mandatory registering to vote will have direct impact on the quality of life of both EU and non-EU citizens (who represent half of the population in Ixelles). They will affect issues such as street cleanliness, reception in the municipality, and local waste management.

Information on political rights and information were similarly presented to a group of non-Belgian students during a workshop at the Université Libre de Bruxelles on Friday afternoon, during which sign-up forms were also distributed and collected.

We would like to remind you that voting has indeed never been easier:

– Make sure you are in the electoral lists of your commune.

– If you are not in the lists then please submit a request to be included in the lists, by 31st July at the latest

– You must sign up to vote before 31st July by downloading this form (this only takes a couple of minutes)
– Fill out the document and hand it over to your municipal office, or to one of our volunteers

EU citizens must:
– Be at least 18 years old by the 14th of October 2018.
– Be registered in the electoral lists of his or her commune.

Non-EU citizens must:
– Be a resident in Belgium for at least 5 years.
– Comply with the same criteria as for EU citizens.